If joint pain arises when the weather is cold or when it suddenly changes, it is often the case that rheumatism is to blame. Rheumatism is a chronic illness which causes pain in the skeletal and motor systems, mainly in the joints. It is essentially chronic inflammation in the interior of the body.

Several different conditions are classified under the umbrella of rheumatism, such as rheumatoid arthritis, which is the most common. Partly related to its expansive definition, it is viewed as a widespread illness in Germany. There are several indications that a lot of people, especially those who are older, suffer from it.

When suffering from such a condition, it is often the case that the body's immune system attacks the body and breaks down the parts of the jointthat act as shock absorbers, such as cartilage and the inner layer. Usually, as well as the pain (which is quite apparent), swelling and redness typically occur in the joints. In extreme cases, a complete loss of function in the affected part of the body can occur. Unfortunately, despite advances in modern medicine, the causes of rheumatism are still unknown and there is no cure. However, pain relief is available via anti-inflammatory medication or by applying heat to the affected area. 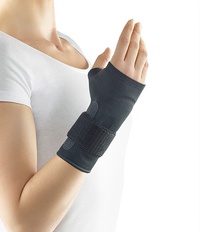