What do Joints do?

The human body contains about 360 joints, about a 100 of which are mobile. Basically, joints are connecting pieces between two or more rigid bones or cartilaginous structures that facilitate the mobility of the human body.

Joints consist of a joint head and socket that fit together like two puzzle pieces. These two surfaces are covered with cartilage. In addition, there is a cavity between them that is filled with joint fluid or grease to prevent the surfaces from rubbing against each other. The joint is surrounded by a tight layer of connective tissue - the capsule - as well as muscles and tendons.

Additional buffers - the bursa filled with synovial fluid - can be found on joints that are exposed to heavy loads, such as the knee or the elbow. These buffers are urgently needed because the force exerted on a joint can be several times the bodyweight depending on the movement. To demonstrate, in a downward jump, the force on the knee joint can be 24 times the body weight. Clearly these buffers are important. They serve to relieve tendons , muscles and bones . They inhibit the pressure that a movement triggers because this force must be intercepted again and again. However, it should be noted that different forms of movement affect our joints differently. When walking, the force acting on our joints is, for example, only half of our body weight. 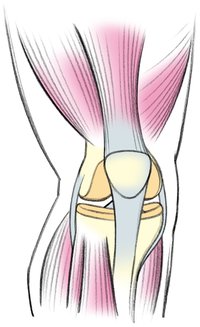 Joints – the mobilisers of our body.

What types of Joints and directions of movement are there?

People often talk about real and fake joints. The term fake refers to a joint that is not very flexible. That is, although there are connections between bones or cartilage, they do not have a cavity or buffer but are directly connected to each other. Therefore, like our ribs which move only slightly up and down when we breathe, they are less mobile.

In addition to being classified as real or fake, joints are also divided into five types, each of which allows a different combination of directions of movement:

The joints in our body allow five different directions of movement.

We would be unable to move without our joints. The way we walk, stand, sit, run, lift and much more is determined by various sophisticated, pre-defined directions of movement in different parts of our body. The shape of our skeleton is exactly adapted to the shape of the joints and we perform each of our movements unconsciously in co-ordination with this system. 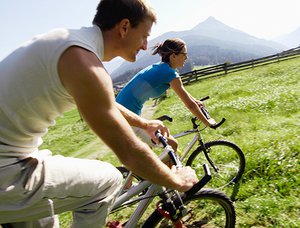 We need our joints for jumping, running and sitting.