Pregnancy is an exciting time in life, however, it can also give rise to hormonal fluctuations in women. Many female Lipedema patients find themselves asking whether Lipedema will worsen through their pregnancy. There is also concern about whether they can continue receiving treatment and if the condition can be passed on to their female children.

We are here to answer these questions.

The causes of Lipedema are not fully understood. However, as it mostly affects women who are overweight, it is assumed that female hormones may lead to problems with fat distribution in the body. It is, therefore, common for the condition to flare up during periods of women's lives that are associated with fluctuations in hormone levels, such as during puberty, menopause, and pregnancy. As a result, the subject of family planning can cause concern among many women suffering from Lipedema.

During pregnancy, a woman's hormonal balance changes. The hormones Oestrogen, Gestagen, and Humane Chorionic Gonadotropin (HCG) ensure that women's bodies meet the needs of the baby and that both she and the baby are ready for birth. This can lead to typical Lipedema symptoms becoming worse, such as general pain or weakness in the legs. This worsening of symptoms may not only occur during the first pregnancy but can also arise during the second or third. However, hormonal changes are not the same for everyone. This means that it is not always the case that symptoms will worsen; this is only a possibility. In a study of 500 female patients suffering from Lipedema who became pregnant, 54% reported that the pregnancy did not lead to their symptoms becoming worse.

Complex Decongestive Physiotherapy (CDP) can generally continue during pregnancy, however, this depends on the health of the patient and will be carried out in consultation with a gynaecologist. However, deep lymphatic drainage in the stomach or pelvic region must not occur in the early stages of pregnancy under any circumstances, so as not to endanger the foetus.

Compression aids such as the Lastofa Forte should still be used consistently to prevent oedema from spreading and to alleviate symptoms. Furthermore, as the size of the abdomen is continually changing during pregnancy, treatment may take place more than twice a year. In terms of the type of treatment, the use of tights or stockings is dependent on which area of the body is affected and the personal situation of the patient. Several types are available for pregnant patients:

As women in the same family are frequently effected by lipedema, the assumption is that it is hereditary. Therefore, as with other similar pre-existing conditions in the same family, many of those suffering from this condition are concerned that it can be passed down to any female offspring. For this reason, some may choose not to have children. However, while the possibility exists, it is impossible to say with certainty that this condition will be passed on.

According to current research, liposuction (fat removal) is the only way to remove the affected fat cells. Many sufferers wonder when the right time for Liposuction is. Should it take place before pregnancy or after? Symptoms can worsen during pregnancy, therefore, many doctors recommend that liposuction takes place before deciding to have a child. Furthermore, as the amount of affected fatty tissue is reduced, the likelihood that these fat cells will multiply during pregnancy is lowered. However, liposuction is not possible immediately after the pregnancy, such as during the breastfeeding period. It can only take place a minimum of 6 months after the baby has been born. 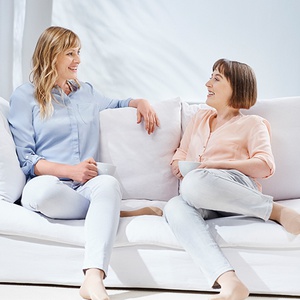 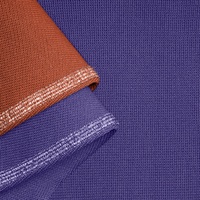 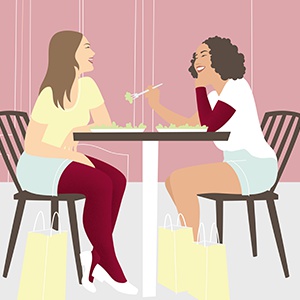